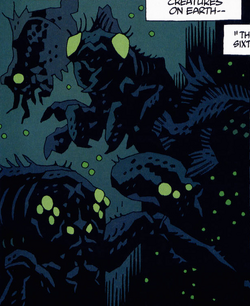 Many of the Ogdru Hem are without bodies and exist, invisibly, in the air. These evil spirits are used to help raise the Ogdru Hem that have bodies (such as Katha-Hem) out of their earthly prisons.