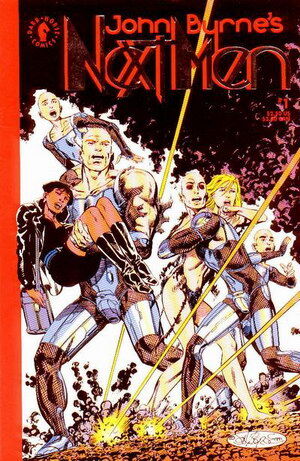 A group of youths called the Next Men were driving in the desert, before their SUV was hit by a rocket fired by soldiers. Bethany was caught in the explosion, but her teammates noticed that she was unharmed by both it and gunfire. The soldiers reached the team and were told by their superior Senator Hilltop that they were terrorists and ordered them to kill the team. Dr. Bremmer opposed to killing the team and was later killed with a shot to the head by the senator. Then, Senator Hilltop set the laboratory to blow before he fled. The sheriff's department arrived and took the team into custody. As the sheriff's department took the team to the town of Climax, Tommy, who ran, was found by a man named Willis Ducummen, who agreed to take him to Climax.